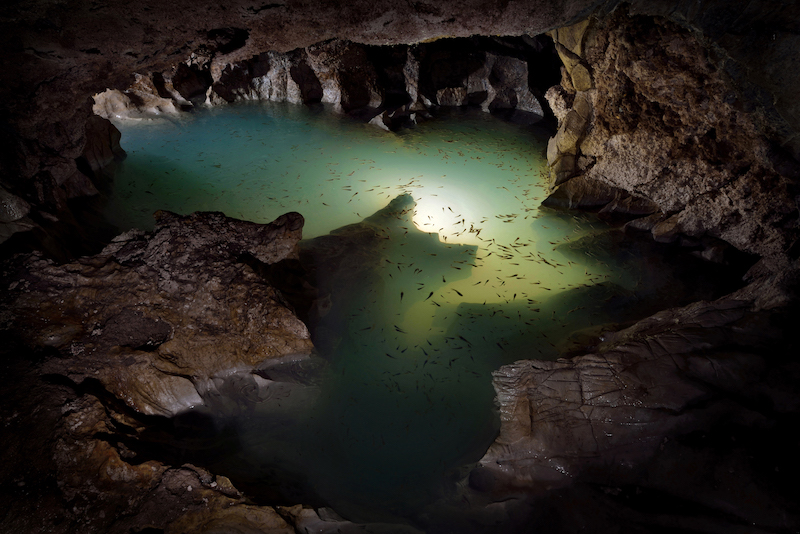 The primary reason why caves are considered extreme environments is because they are completely dark. This has many consequences for the organisms that live there. Because there is no light, there are no plants. The absence of plants in caves means that food is very scarce. In addition, the complete darkness makes is difficult for some animals to orient themselves in the environments and to find food and mates.

Caves can be found around the world. We particularly study two caves in the southern Mexican state of Tabasco called Cueva del Azufre and Cueva Luna Azufre.

Over 200 species of fish have colonized caves world-wide. However, only one species can be found in the caves we study: the cave molly. Cave mollies are closely related to the Atlantic molly (Poecilia mexicana), a species that is commonly found in surface streams throughout Mexico. 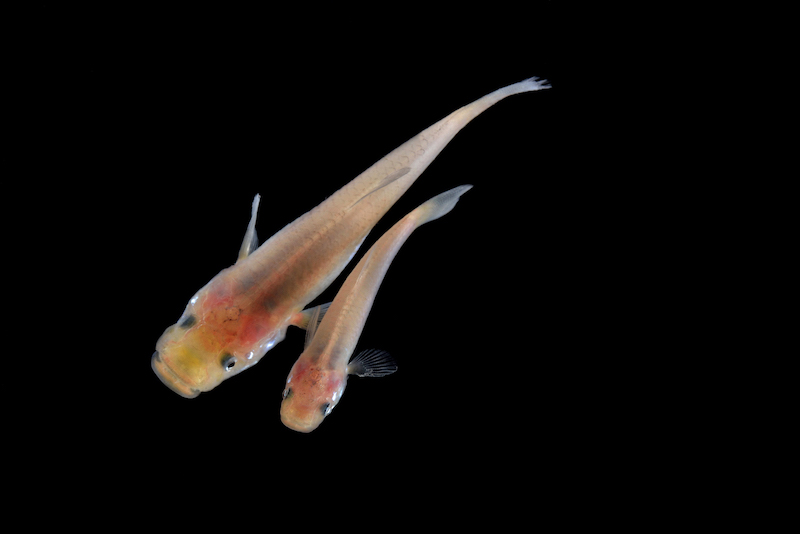 Unlike their surface relatives, cave mollies don’t have to use their eye to find their way around. In fact, their eyes are substantially smaller than the eyes of surface fish. Instead cave mollies primarily use their sense of touch and taste to find food and mates. Cave mollies have also found ways to reduce the amount of energy they need, which helps them survive. 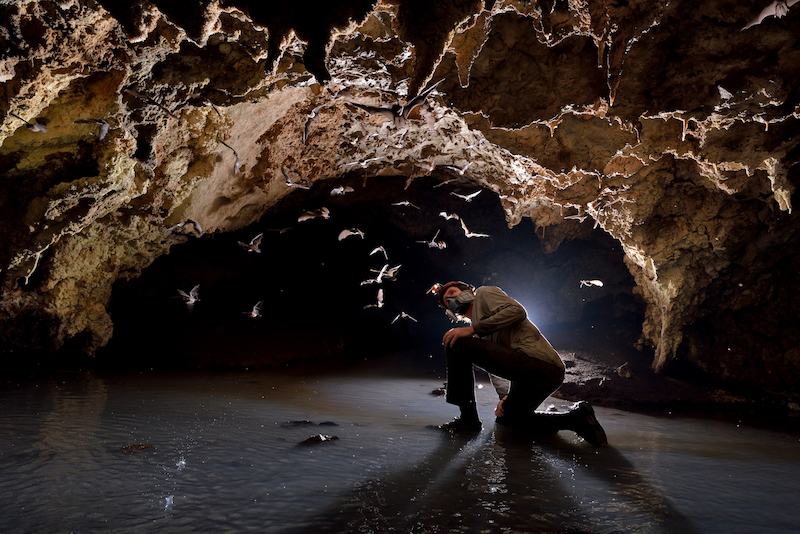