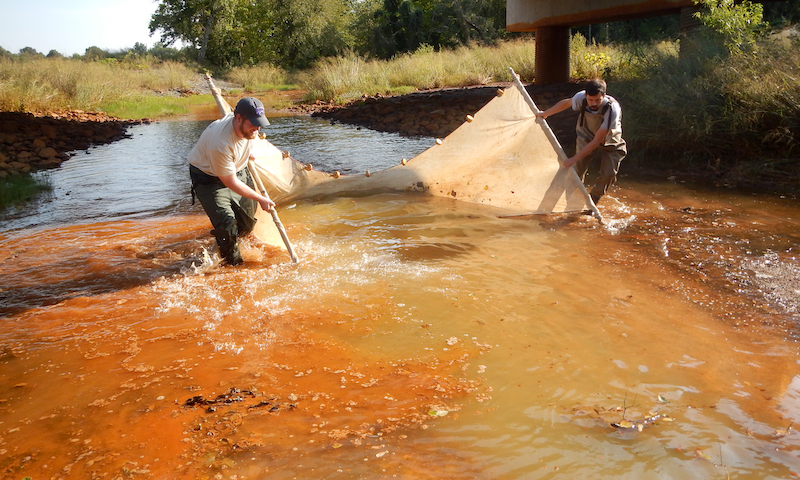 Human-caused heavy metal pollution can be found around the globe. We study the effects of heavy metal pollution in Tar Creek, which is located in northeastern Oklahoma. This region is designated as a Superfund Site by the Environmental Protection Agency (EPA), because heavy metal levels in the region are so high that affect the health of humans and the environments.

A number of small fishes manage to survive in Tar Creek, but none is as abundant as the eastern mosquitofish (Gambusia affinis). This species occurs even in the most polluted areas.

We are not entirely sure yet how the mosquitofish manage to survive, but we suspect they may have a higher ability to deal with the toxic side effects of heavy metals.