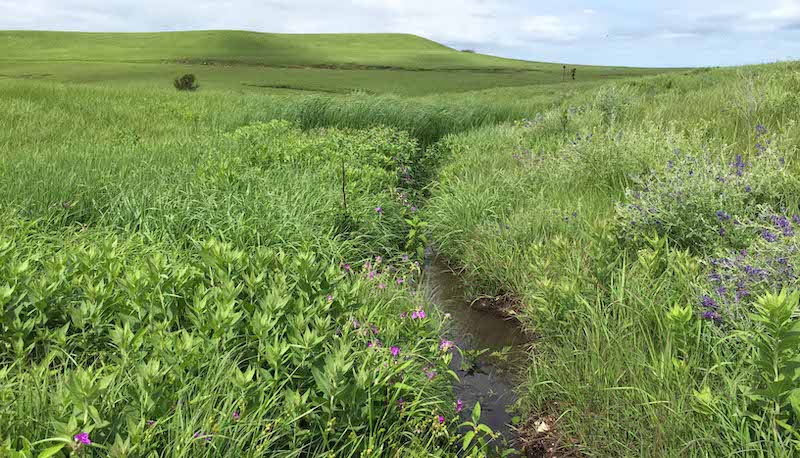 Prairie streams are small creeks that are spring-fed and occur in grasslands of North America. Because of the lack of trees, these streams are directly exposed to the sun, and they can warm up considerably especially during the height of summer. In addition, the amount of water found in prairie streams depends on rainfall. During periods of drought, these streams typically stop flowing, with only few isolated pools remaining. Fish that get trapped in these streams have to deal with extreme temperatures and low oxygen concentrations that may be lethal.

Prairie streams can be found throughout the central portion of the United States. Our studies particularly focus on Kings Creek, which is located on Konza Prairie Biological Station in northeastern Kansas.

A variety of minnows are the most abundant fish species in small prairie streams. Our work particularly focuses on the central stoneroller (Campostoma anomalum, right) and the southern redbelly dace (Chrosomus erythrogaster, left).