Sulfide springs occur world-wide, but few of them are inhabited by fish. We study sulfide springs in the United States, Mexico, Costa Rica, and the Dominican Republic. 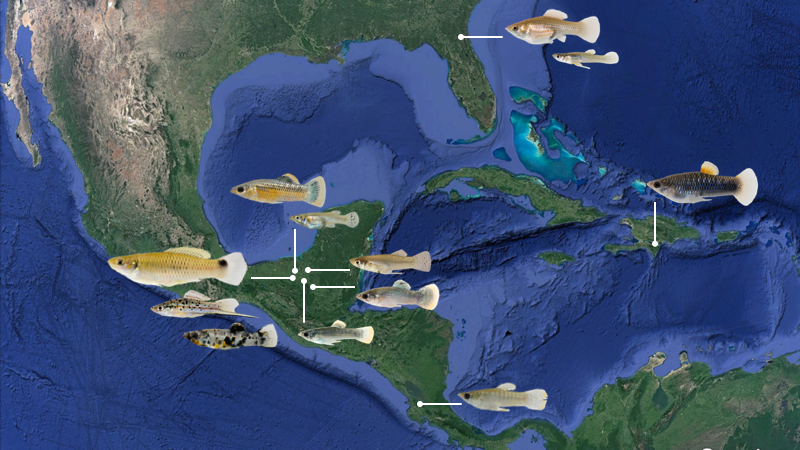 The vast majority of fish that manage to live in sulfide springs below to the family of livebearers (also known as Poeciliidae). Some of the successful members of this family include mollies, guppies, mosquitofish, and swordtails that can be found in pet stores around the world.

Unlike other animals, sulfide spring fish are not affected by the toxic effects of hydrogen sulfide, in part because these species are very efficient in detoxifying the chemical into neutral forms. Fish in sulfide springs also have changed their morphology and reproduction in a way that allows them to be better at taking up oxygen from the environment and conserving energy.