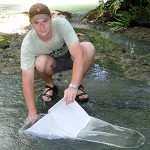 Michi graduated with a Ph. D. from the University of Zürich. He is interested in a wide range of questions in evolutionary biology. His current work leverages livebearing fishes as a model to ask questions about the origins of functional trait diversity and speciation. He strives to make science – and biology in particular – accessible to broad audiences. 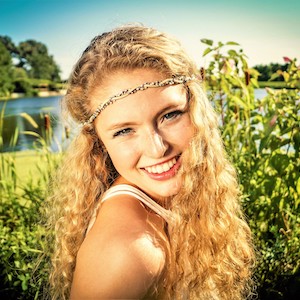 Cassie is in the combined B.S./M.S. program at K-State. Her work explores potential hybridization in three species of Thorichthys cichlids that coexist in the floodplains of Southern Mexico. 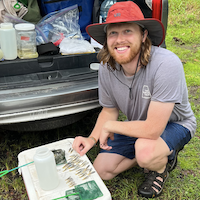 Erik received a B.S. in Biology from Brigham Young university in 2022. He is interested in the evolution of asymmetrical traits. His current research focuses on how asymmetric traits influence behavior and how they are maintained broadly in livebearing fish. He also looks at how these morphological asymmetries are connected with other traits such as brain structure and gonopodial complexity. 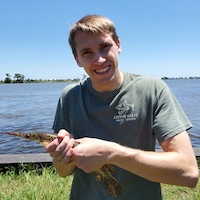 Soren received a Bachelor of Science in Zoology from Olivet Nazarene University in 2019. After undergrad he spent a year and a half working for the Illinois Natural History Survey at the Lake Michigan Biological Station as a fisheries technician. He then went on to receive his Master of Science in Biology from Southeastern Louisiana University in 2022. He is broadly interested in genomics and ichthyology and is specifically interested in how adaptation to an extreme environment occurs across a gradient. 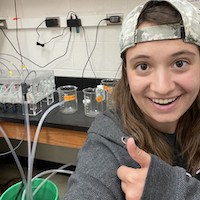 Madison is in the combined B.S./M.S. program at K-State, while majoring in Fisheries, Wildlife, and Conservation Biology as well as Spanish. Her work as an REU scholar focused on better understanding the role of sulfide on fish metabolism. She is expanding on that by combining pharmacological, respirometry, and transcriptomics approaches. 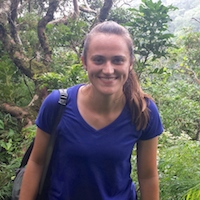 Libby received a B.S. in Biology and a B.A. in Spanish from Truman State University in 2018. She is broadly interested in mechanisms underlying biodiversity and speciation. Libby’s current research focus involves identifying the microbiomes of fish in sulfidic habitats and understanding how host-microbiome relationships potentially influence ecological function and physiological adaptation to extreme environments. 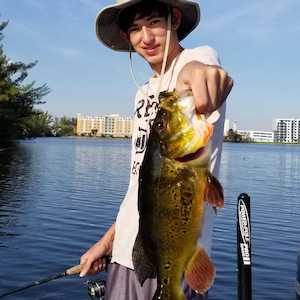 Ethan is a sophomore at K-State, studying Fisheries and Wildlife Biology. He maintains fish habitats and works to care for and ensure the health, wellness, and safety of the fish. He is interested in developing and maintaining aquariums, making conservational efforts, and fishing. He hopes to study the complex relationship between native and non-native fish species especially in the Florida Canal systems. 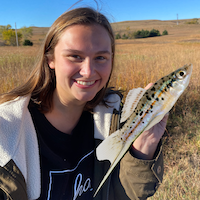 Quinlyn La Fon is a senior majoring in conservation biology and minoring in French. She is largely interested in sexual selection and animal behavior and is currently studying how gene expression of the female reproductive tract of Atlantic mollies is affected by copulation and exposure to males. She is also fascinated by sensory ecology and hopes to continue research that focuses on the evolution of mechanosensory systems after graduation.