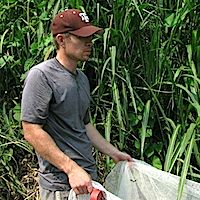 Zach was a postdoctoral researcher in our lab. He investigated the interplay between ecology, physiology, and sexual selection during the diversification of poeciliid fishes. Zach is currently an Assistant Professor at the University of Alabama Huntsville. 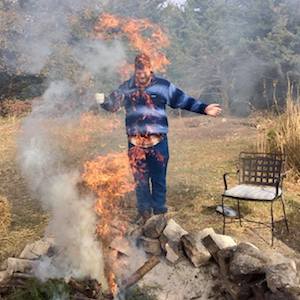 John received his Ph.D. in 2022. He was interested in understanding how adaptation to extreme environmental conditions leads to the evolution of reproductive isolation. John is now a science teacher at Washburn Rural High School.

Dissertation: “Causes and Consequences of Adaptation to Extreme Environments”. 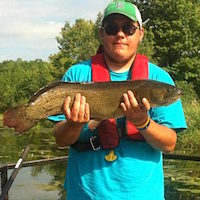 Nick was a Ph.D. student in the lab. Their research focused on the comparative physiology and biochemistry of locally adapted populations of Poecilia mexicana that inhabit hydrogen sulfide-rich springs, with an emphasis on metabolic and detoxification pathways. Nick is currently an Assistant Professor in the School of Natural Sciences at the University of Central Missouri.

Dissertation: “Comparative Physiology and the Predictability of Evolution in Extreme Environments”. 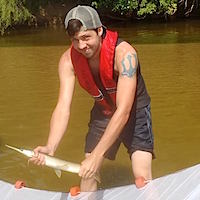 Bryan was a Ph.D. student in the lab, co-advised with Keith Gido. His research focused  on the physiological and ecological responses of prairie stream fishes to shifts in temperature. Bryan is currently at biology teacher at Norman High School. 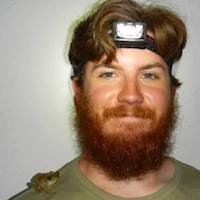 Ryan was first an undergraduate researcher and then a Ph.D. student in the lab. He worked on diverse projects investigating adaptation and speciation in sulfide spring fishes. He is now an Assistant Professor in the Department of Biology at the University of Konstanz in Germany. 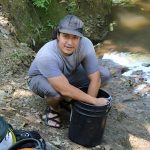 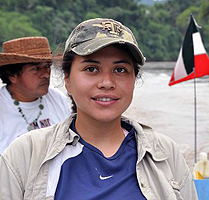 Maura was a Ph.D. student co-advised with Gary Voelker. She investigated the phylogenetic relationships among species in the subgenus Mollienesia and contributed to our understanding of phylogeographic patterns and mechanisms of speciation. Maura is currently an Assistant Professor at Mt. San Antonio College. 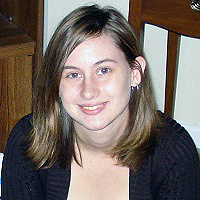 Courtney was a Ph.D. student in our lab. She investigated how life in extreme environments affects energy physiology. In addition, she is  used RNA sequencing to explore variation in gene expression across divergent populations and different organs to identify physiological modifications mediating adaptation. Courtney is currently an Associate Research Scientist at Pharmaceutical Product Development.

Dissertation: “Physiological and transcriptomic aspects of adaptation to extreme environments” 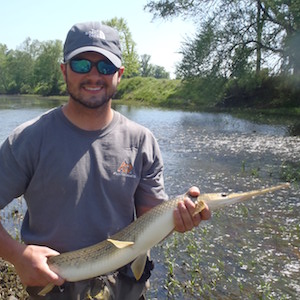 Garrett was a Master’s student in our lab, and his research focused on the ecology of darter in Oklahoma. He is currently a Postdoctoral Scholar in Carla Atkinson’s group at the University of Alabama.

Thesis: “Ecological and morphological variation of darters among assemblages in Oklahoma streams” 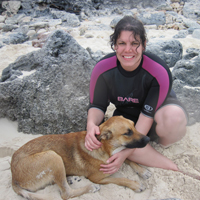 Danielle was a Master’s student co-advised with Puni Jeyasingh. Her research tested for intraspecific variation in elemental composition in Poecilia mexicana and its effects on ecosystem processes such as nutrient cycling. Danielle is currently an adjunct faculty member at College of Western Idaho.

Thesis: “Life in the extreme: The evolutionary stoichiometry of Poecilia mexicana” 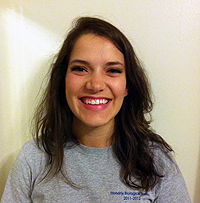 Tess was a Master’s studenten in our lab, and her research focused on the interplay between metabolic physiology and behavior in extremophile fishes. She is currently a Marketing Coordinator at Terra Associates, Inc.

Thesis: “How plastic are behaviors and underlying physiological mechanisms in a system of locally adapted populations?” 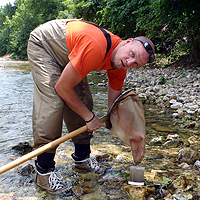 Reid was a Ph.D. student, and his dissertation focused on the ecology and evolution of North American crayfish. He is currently an Associate Professor at Ivy Tech Community College. 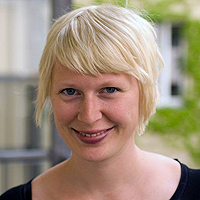 Thesis: “Trophic niche segregation between sexual and asexual species of the genus Poecilia”

Luke studied Medical Microbiology with a focus on Pre-Medicine and minoring in Leadership Studies. He is not in Med School and studying to become a physician.

Millie was a K-State Biology student and worked on morphological analyses of poeciliid fishes. She currently serves in the Peace Corps.

Rachel McNemee majored in Wildlife Biology and worked on gential evolution. She is currently a zookeeper at the Topeka Zoo.

Audrey was a sophomore at Pennsylvania State University, double majoring in biology and biological anthropology. She is interested in evolutionary population genetics and the genomic changes that underlie adaptations. Audrey was a participant in KSU’s Research Experience for Undergraduates program. She continues her undergraduate education at Penn State.

Sam worked in our lab as a high school student and throughout his freshman year at Kansas State University. He particularly contributed to broad scale morphological analyses in poeciliid fishes. He currently studies Political Science at K-State.

Alex is  a senior at Kansas State University majoring in Fisheries and Wildlife Conservation. He is interested in resource conservation and population biology. He was involved in research which utilizes respirometry and physiological traits to help improve fishery management. Alex currently works for the National Ecological Observatory Network (NEON).

Alexander is a Biology major at the University of Chicago. He was a participant in KSU’s Research Experience for Undergraduates program. His project focused on understanding the variation in genital morphology within and between populations of Poecilia mexicana to test hypotheses of convergent evolution and lock-and-key mechanisms. Alexander currently is Graduate Research Fellow at Harvard University.

Courtney was a Biology major at Kansas State University and was interested in population genetics, animal behavior, and evolution. Courtney currently studies Food Science at K-State.

Mattie was a Biological Sciences major at Kansas State University. She was primarily interested in genetics and evolution and worked on projects related to the ecological and physiological mechanisms maintaining genetic variation in livebearers. Mattie currently studies History and Political Science at the University of Kansas

Cierra was a Biological Sciences major at Oklahoma State University. She was interested in ecology and evolution and investigated how genetic and plastic sources of variation shape physiological traits in fish populations from non-sulfidic and sulfidic habitats. Cierra is currently a Hydrologic Technician at the Bureau of Land Management – Montana/Dakotas.

Josh was a Biological Sciences major at Oklahoma State University. He was interested in animal behavior and genetics.

Shelby was a Zoology major at Oklahoma State University and worked in our lab as an undergraduate researcher. She worked on a project that investigates morphological variation in Sunburst darters between the sexes and across populations in different drainages. Shelby is currently an Environmental Projects Coordinator for the Oklahoma Conservation Commission.

Daylon was a Secondary Education major wanting to teach high school biology and worked in our lab as an undergraduate researcher. She was interested in population genetics, cell function, and animal behavior. Daylon is currently an Environmental Science Teacher at Guthrie High School.

Emily was a Zoology major at Oklahoma State University and worked in our lab as an undergraduate researcher. She was an invaluable help on a variety of projects in the labs and is generally interested in animal behavior, ecology, and evolution of aquatic organisms.

Brandon received his Bachelor’s degree in Biology from George Mason University. He joined the lab through the Center of Veterinary Health Sciences Summer Research Training Program and studied the effects of hydrogen sulfide on gene expression patterns in sulfidic and non-sulfidic populations of P. mexicana. He is now a practicing veterinarian. Brandon is currently a Staff Veterinarian at Pet Paradise Winter Garden.

Tony was a Biological Sciences major at Oklahoma State University and worked in our lab as an undergraduate researcher. His interests included evolutionary ecology and molecular genetics. He contributed to our studies of elemental variation across P. mexicana populations living in different environments. Tony went on to study medicine at the University of North Texas Health Science Center at Fort Worth.

Jennifer was studying microbiology and zoology at Oklahoma State University and worked in our lab as an undergraduate researcher. Jennifer studied body shape variation in shiners and is currently taking time off to take care of her two young children.

Sarah is a Zoology major at Oklahoma State University and worked in our lab as an undergraduate researcher. She worked on body shape variation in cichlids and is generally interested in ichthyology, herpetology, and paleozoology.

Drew was a Biology major at Oklahoma State University and worked in our lab as an undergraduate researcher. He primarily worked on our fish and crayfish projects in northeastern Oklahoma. He now works for MedTronics.

Isabelle was a visiting intern in our lab in summer 2011 and is currently a student at the University of Landau (Germany). Her internship in our lab was made possible by a RISE scholarship of the German Exchange Service. Isabelle was involved in various projects, including a study of geographic variation in fishes of the genus Heterandria.